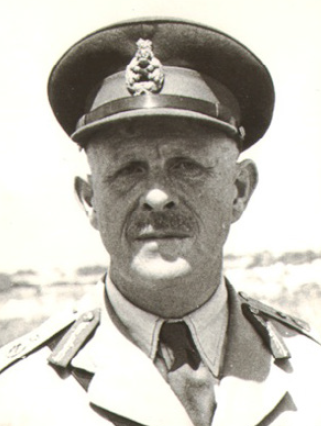 His actions led him to being awarded the Victoria Cross “for most conspicuous bravery, skilful leading and devotion to duty during the attack of the Guards Division on 27th September 1918, across the Canal Du Nord, near Flesquieres, when in command of the 1st Battalion, Grenadier Guards, the leading battalion of the 3rd Guards Brigade. Under heavy artillery and machine-gun fire he led his battalion with great skill and determination to the “forming-up” ground, where very severe fire from artillery and machine guns was again encountered. Although wounded, he quickly grasped the situation, directed a platoon to proceed down a sunken road to make a flanking attack, and, under terrific fire, went across open ground to obtain the assistance of a Tank, which he personally led and directed to the best possible advantage.”

Viscount Gort later became Chief of the Imperial General Staff and, at the outbreak of the Second World War, commanded the British Expeditionary Force in France. He subsequently served as Governor of Gibraltar and then Governor of Malta, where he was presented with his Field Marshal’s baton by King George VI.