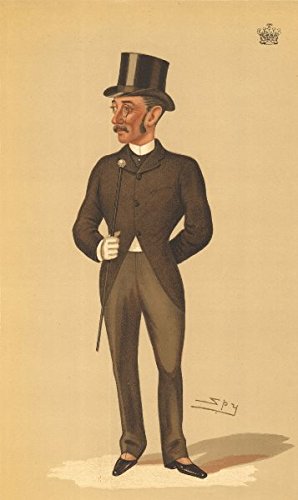 Lawrence Dundas 1st Marquess of Zetland KT PC went to Harrow and up to Trinity, Cambridge. Upon coming down he was commissioned a Cornet in the Royal Horse Guards in 1866, before retiring six years later a Lieutenant.

He won the seat of Richmond in Yorkshire for the Liberals, holding it scarcely a year before he succeeded to the Earldom of Zetland as the 3rd Earl. He also switched allegiances to the Tories and became Lord Lieutenant of Ireland. He was sworn Privy Council in 1889 and in 1892 made Earl of Ronaldshay and Marquess of Zetland.

Initiated into the Prince of Wales’s Lodge No 259, he became the Provincial Grand Master for the North and East Ridings of Yorkshire.

He was a keen huntsman and hunted the family pack for 35 years as Master.

Zetland is an archaic rendering of the word Shetland.