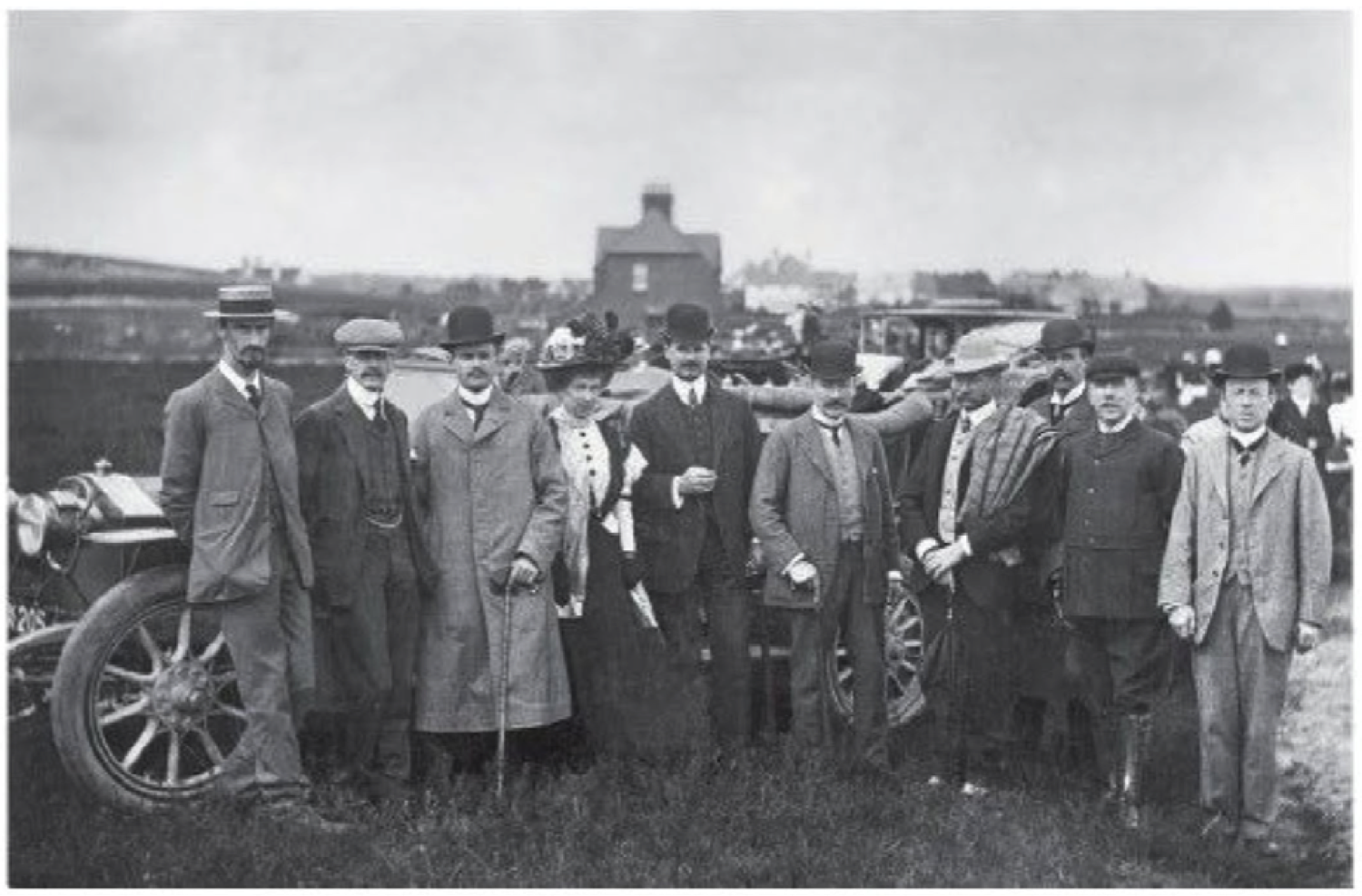 Lieutenant Colonel Francis Charles Trollope was commissioned into the Grenadiers in 1877.

In 1882 he started ballooning as an amateur with Walter Powell, the MP for Malmesbury, narrowly escaping an accident that resulted in the death of Powell (as a result of a late train). He helped design the steel tubes that stored the hydrogen that was used in these balloons. The following year he went with Sir Charles Warren and an RE balloon detachment to Bechaunaland. This expedition was intended to “to expel the filibusters who had raided the territory, to pacificate the country, and to reinstate the natives”. In his book “the Beginnings of the (Royal) Air Force” Raleigh states:

“The balloon detachment under Major Elsdale and Captain Trollope, of the Grenadier Guards, attached to the Royal Engineers, was included in the expedition. They took with them in the detachment three balloons, and a staff consisting of fifteen non-commissioned officers and men. There was no fighting. At Mafeking, which was then a native village, it was found that owing to the elevation above sea-level neither of the two smaller balloons had lift enough to raise a man into the air, and that the largest balloon could take up only one observer. A native chief, Montsiou by name, went up a short distance in the balloon. The remark that he made serves to show the value of aircraft in impressing primitive peoples. ‘If the first white men’, he said, ‘who came into this country had brought a thing like that, and having gone up in it before our eyes, had then come down and demanded that we should worship and serve them, we would have done so. The English have indeed great power.‘ “

These early forays kickstarted a love of aviation and turned Trollope into a pioneer of military aviation at the turn of the twentieth century.

He returned to Africa in 1895 in the expedition against Makanjira.

He was Superintendent of the Balloon Factory in Aldershot (which was significantly more serious than that sounds today!) and involved with Col Templer in the construction of the first military dirigible and helped found the Aero Club. He joined the Aeronautical Society, serving on the Council and serving as its Vice President.

He was chosen by the UK Government to represent the Country at the Paris Aeronautical Conference in January 1901. His interests were not limited to balloons however. In December that year we was despatched to Leeds on the instructions of the War Department to inspect American ex-cowboy Samuel F Cody’s man-carrying kite. No record remains of his conclusions.

He was born in 1857, in Canada, the son of General Sir Charles Trollope. He inherited the Long Bay Estate, St Philip, Barbados from his father. They were the hereditary holders of Lord’s Castle in Barbados through Trollope’s mother, Frances Lord, who was a descendent of Samuel Hall Lord, the famous buccaneer, who built it in 1820.

He was initiated into Friends in Council Lodge no 1383.