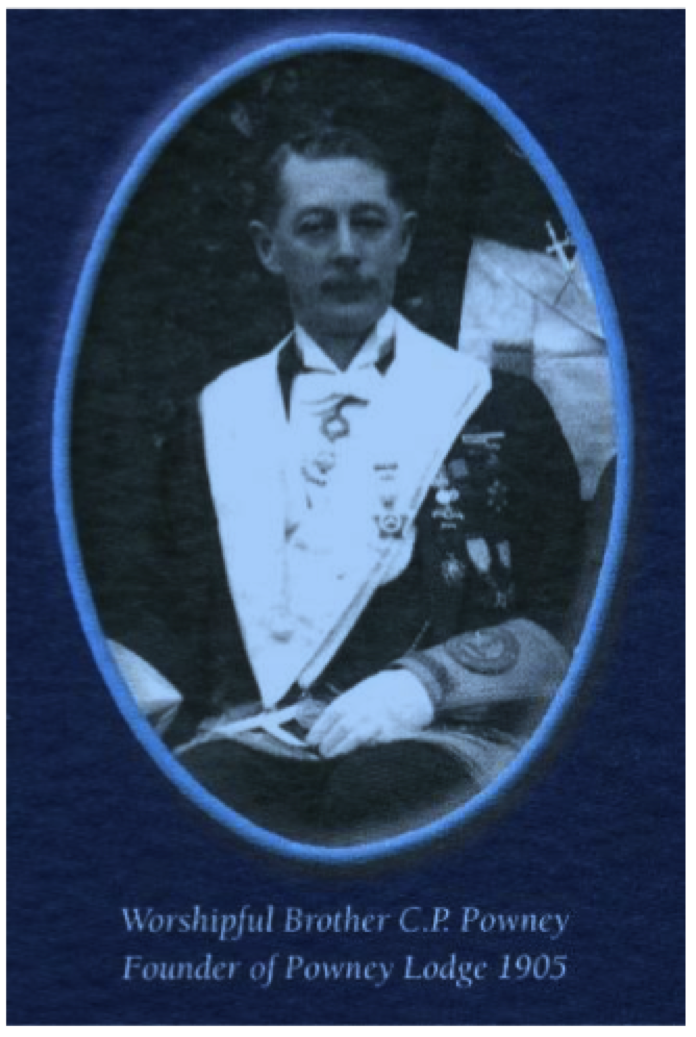 He went to Eton and up to Trinity, Cambridge before joining the Army. He served in the Soudan, was ADC to the Commander in Chief of Ireland and then ADC to Major General Viscount Frankfort in India. He transferred as a Captain to the Hampshires Territorial Battalion. He spent some eleven years in Liberia from 1903 to 1914 before returning to command a Hampshires battalion at the start of the Great War. He was made an MBE and Mentioned in the Secretary of State’s list for valuable service.

After the War he was involved in the Adoptions Scheme for French Towns & Villages, and was made a companion of the Legion of Honour.

He was initiated into Drury Lane Lodge No 2127 and later joined St Hubert Lodge No. 1373 and New Forest Lodge No 319. He also founded the eponymous Powney Lodge No 3099. He was a PPSGW in Hampshire.