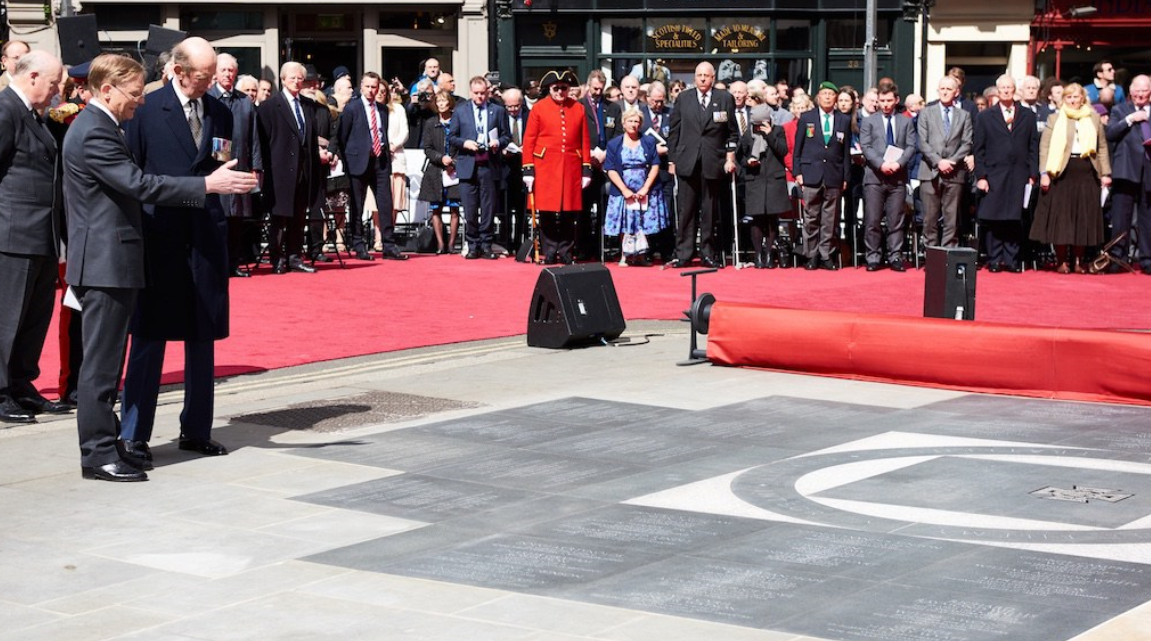 On 25th April 2017 HRH The Duke of Kent, Colonel Scots Guards and Grand Master of the United Grand Lodge of England, presided over the unveiling of the Victoria Cross Memorial Paving Stones at Freemasons’ Hall, a permanent memorial to those Freemasons awarded the Victoria Cross during the Great War 1914 – 1918.

Of the six hundred and twenty nine Victoria Crosses awarded during the First World War, one hundred and eight were awarded to Freemasons.  Sixty four of whom were members of Lodges under the United Grand Lodge of England, with the remainder from the Grand Lodges of Scotland, Australia and Canada.

It is fitting that the names of those sixty four gallant Freemasons under the United Grand Lodge of England have become part of Freemasons’ Hall in Covent Garden, opened in 1933 and itself a permanent peace memorial to over three thousand English Freemasons who gave their lives on active service in the Great War.

Two of those honoured were members of Household Brigade Lodge No 2614: