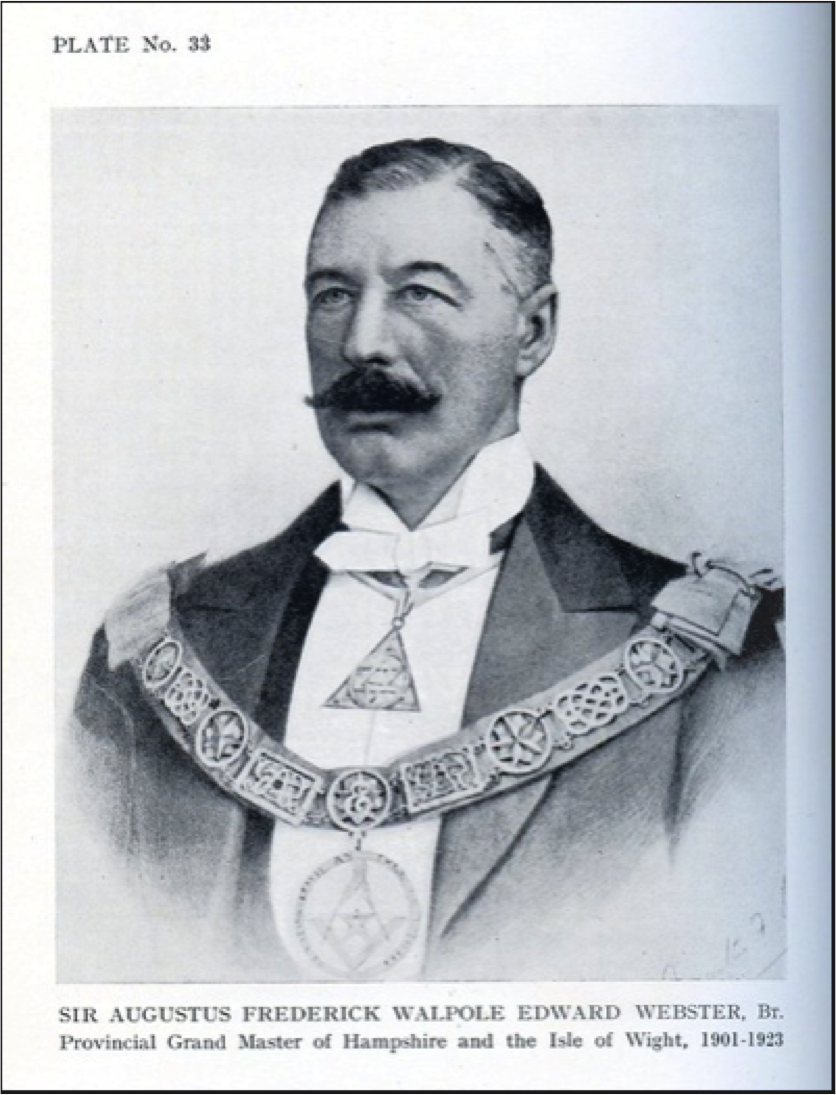 Sir Augustus Frederick Walpole Edward Webster Bt went to Eton before being commissioned into the Grenadiers.

Webster was the Founding Senior Warden of the Household Brigade Lodge, and became Deputy Master in 1895.

He was initiated in 1890 into United Lodge No 1629, the most popular lodge amongst the Founders, and today united with the second most popular, the Studholme Lodge to create the United Studholme Aliance Lodge No 1591. He was exalted into United Chapter as well. He also joined the St Hubert Lodge No 1373 in 1895.

He was Provincial Grand Master for Hampshire & the Isle of Wight from 1901 to 1923. Grand Lodge appointed him Senior Grand Deacon in 1897.

He was also a member of Studholme Chapter in Rose Croix.

He managed to repurchase the family seat of Battle Abbey in 1901, after its sale in 1857. It remained in the family until 1976 when it became a school.