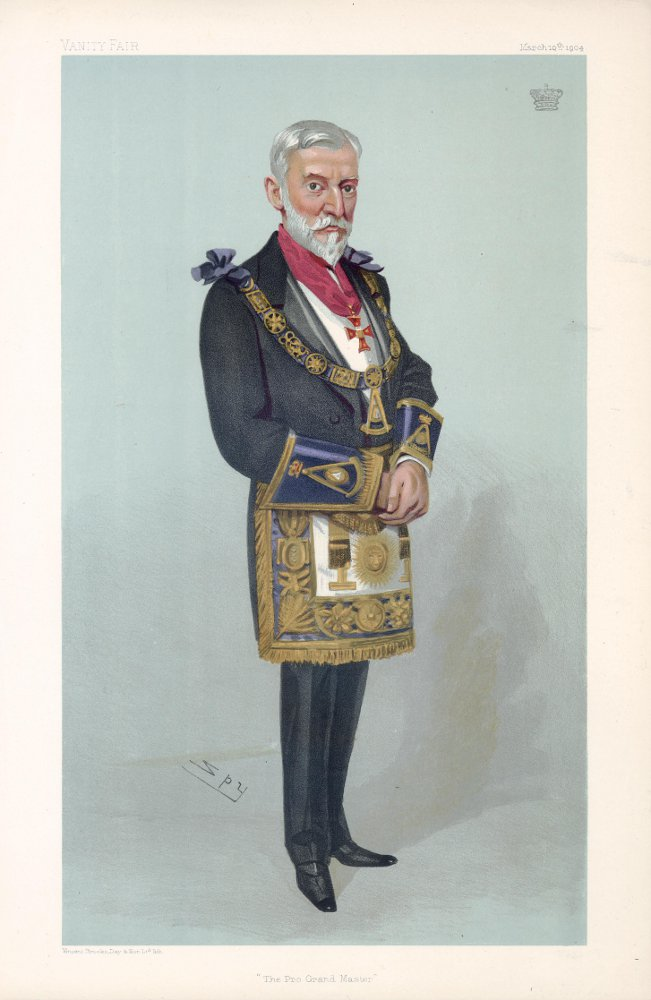 He served in the Crimea at the Battles of Balaclava and Inkerman and at the Siege of Sevastopol. He was severely wounded at Inkerman.

He became the MP for West Kent, in 1859 on returning from the Crimea until 1880. He was Chairman of the National Union of Conservative and Constitutional Associations in 1and succeeded to the title upon the death of his father in 1886.

Initiated into Westminster & Keystone Lodge No 10 and became PGM of Kent in 1860 and Pro Grand Master of the United Grand Lodge of England from 1898 to 1908.

He was a member of the Carlton, the Marlborough and St Stephen’s.