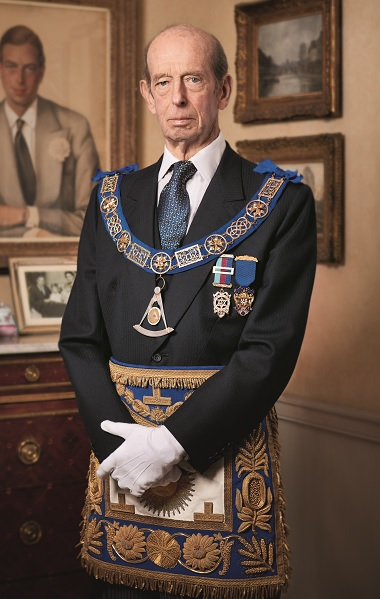 In 2017, HRH The Duke of Kent, elected an Honorary Member of Household Brigade Lodge in 1996, celebrated his Golden Jubilee as Grand Master of the United Grand Lodge of England. He was initiated into Freemasonry in 1963 and elected Grand Master in 1967, following in the footsteps of his father, who was Grand Master from 1939-42. Since then, he has been the prominent figure head of the organisation, devoting a considerable amount of his life helping the institution navigate the last five decades of enormous social change.

His own milestone coincided with an extremely important year for Freemasonry generally, as it marked the tercentenary of the foundation of the world’s first Grand Lodge in London on 24th June 1717.

A year of special celebrations across the country and throughout the world culminated with The Grand Master presiding over an Especial Meeting at the Royal Albert Hall in October 2017, where over four thousand Freemasons came together from the English Constitution and from one hundred and thirty seven other foreign Grand Lodges around the world. This was followed by a banquet for two thousand Freemasons in Battersea Evolution.