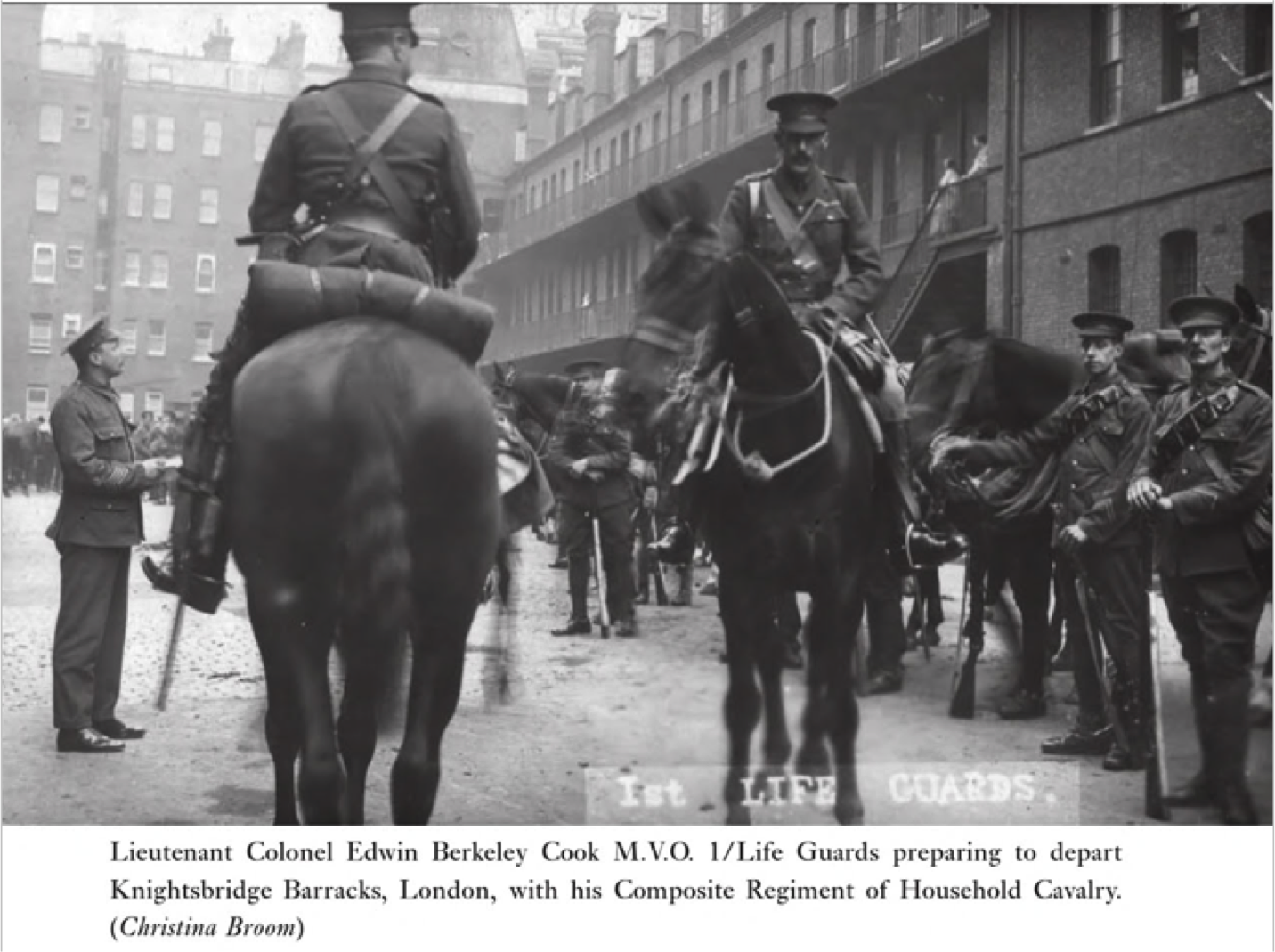 Cook was the elder son of the late Major Edwin Adolphus Cook, 11th Hussars, one of the four officers who tried to form up behind the Russian guns after ‘The Charge of the Light Brigade’ at Balaclava. Cook went to Eton and was gazetted to the 1st Life Guards from the Militia in 1890.

He served as ADC and Acting Military Secretary to General Sir George Luck in India and succeeded to the command of his regiment in November, 1910.

Cook commanded the Composite Regiment Household Cavalry Regiment made up of one squadron from each of the 1st & 2nd Life Guards and the Royal Horse Guards (The Blues) to take join the BEF. The entry in Cook’s private diary for 22 October 1914 reads:

“Dug ourselves in all morning. Astor and I were hit by shell at 2. Got moved at 7. Motor Ambulance to Bailleul. Stayed in Bailleul hospital. F. Guest, B. Lambton, and Sir John French came in afternoon. F.G. motored me to Boulogne. Arrived on board hospital ship “Carisbrooke Castle” 8 P.M. Boat left at 10 P.M.”

He was a member of Arthur’s and the Bachelors’, and was himself unmarried.