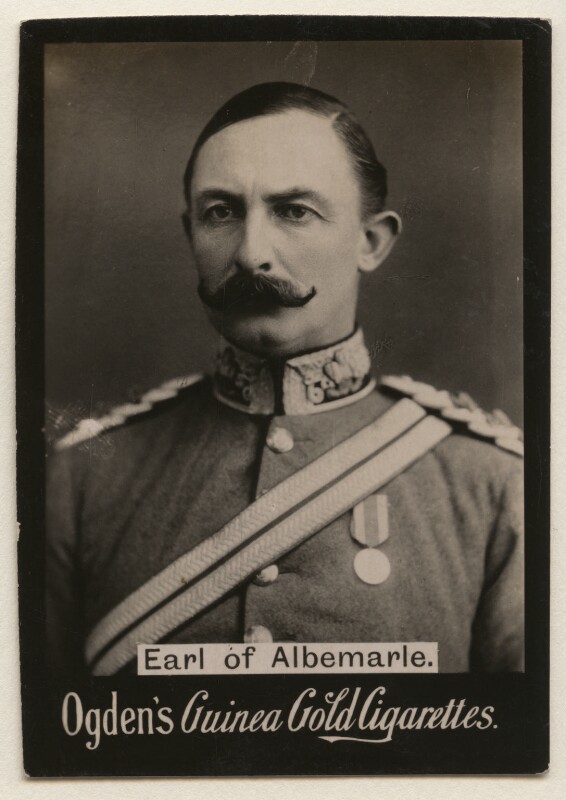 He went to Eton and was commissioned into the Scots Guards. Albemarle was promoted to the rank of Colonel and commanded the Prince of Wales’s Own Civil Service Rifles with the rank of Colonel from 1892 to 1901. In 1892 he was also elected the member for Birkenhead on Merseyside, which he held for two years until he succeeded to the Earldom and moved to the other place.

Upon the start of the Second South African in 1899 he took command of an Infantry Division as part of the City of London Imperial Volunteers (CIV) as a temporary Lt Colonel. He was Mentioned. After the war he was made Honorary Colonel of a Battalion of the the Norfolk Regiment and then Brigadier-General from 1901 to 1906 in the Norfolk Volunteer Infantry Brigade and was awarded the Territorial Decoration.

He served as ADC to Edward VII and to George V and was made GCVO, having first been made an MVO and a KCVO.

He was initiated into United Lodge No 1629.

He was a Fellow of the Zoological Society of London and a member of the Turf.