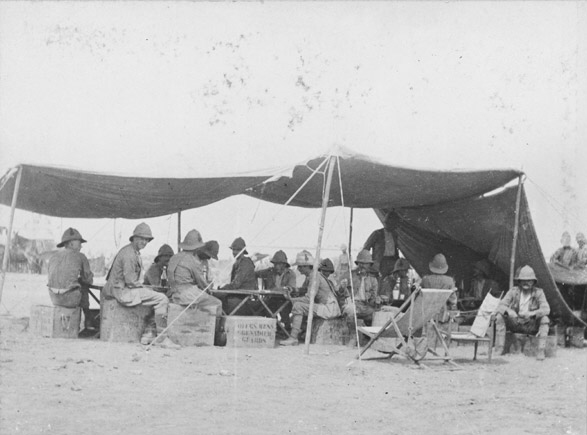 Major Wilfred George Howard Marshall  Grenadier Guards was the son of Lieutenant General Frederick Marshall KCMG. He was commissioned int the Grenadiers in 1881.

He fought at Omdurman with Legh his fellow Grenadier and Founder, and entered Khartoum. The photographs on this page were taken at Omdurman.

He was a member of the Guards Club.

A copy and a similar pair also reside in the Royal Collection Trust and attributes the photographer as FRANCIS GREGSON who is also credited with the second photo: